Juuzou Suzuya (Suzuya Jz) is a Ghoul Investigator of the Special Class. He was previously known as Rei Suzuya (Suzuya Rei). Juuzou was originally partnered with Yukinori Shinohara and is now the leader of Suzuya Squad.

Juuzou Suzuya is a young man with androgynous features, pale skin, and pure shoulder-length white hair. He keeps his bangs back with red hairpins that form the Roman numeral XIII (13). His eyes are dark red with bags under them.

He explains that he self-stitches his own body as a form of body modification. Below his right eye, a miniature set of red threads resembling two x’s is stitched on. One beneath his bottom lip, a line of stitching threads from his upper neck downward, and several more around his right arm and hand.

His outfit included a white suit with sleeves rolled up to the elbows and buttons left halfway up, as well as polka-dotted red suspenders that supported his black pants and red slippers. Above all of this, he wore a black suit with rolled-up sleeves.

Suzuya’s appearance changes dramatically in the Joker side story and at the start of Tokyo Ghoul:re. His hair has been dyed black and is now only chin length. Juuzou’s stitches are also in a different pattern. His outfit includes a black suit, black dress pants, and red suspenders with a yellow triangle pattern. He has a prosthetic leg to replace the one that was amputated during the Owl Suppression Operation years ago.

Suzuya’s hair has now reached shoulder-length once more in Tokyo Ghoul:re. He wears it in a bun above his head, in a ponytail, or without, as seen in the promotion ceremony. He’s also changed the stitch markings beneath his right eye back to the original two x’s. All stitch marks beneath his right lip have been removed. He also changed the Roman numeral in his hair to the “Judgement” tarot’s Roman numeral XX (20).

Suzuya’s personality as a child was somewhat normal, albeit twisted, but as a result of Big Madam’s treatment, he no longer felt fear, pain, or morals. His mentor, Yukinori Shinohara, described him as a “problem child.” He was extremely violent and disturbed, despite his childish and playful demeanour. He usually described his killing methods as clean, with no unnecessary movements, which he seemed to take pride in.

Despite his innocence, he was blamed for the killings of multiple animals committed by Goumasa Tokage and Tooru Mutsuki while he was being trained by the CCG. Suzuya was used as a scapegoat because no one doubted he had committed the murders, which diverted attention away from the true perpetrators. Suzuya is wary of people who dismiss him as a problem child; he notices and despises people who judge him with certain “eyes.”

He was willing to confront any opponent, no matter how dangerous they were, due to his lack of emotional understanding. This had backfired when he decided to take on the Owl alone when cooperation was required. Initially, he displayed no empathy and had no understanding of other people’s emotions.

Juuzou Suzuya looks as if the world of ice has touched her feet. This does tell a lot about his looks. He can be seen as a great way to promote the white aesthetic. His red eyes with black touch in deep give the creative look. Even his blonde hair does make an impact in the very best way. But one can also see him with black hair too. His nose is very sharp and small, compare to his face. He does have hair that gives a Koran look of a body with a bit of extra hair. His hands do have the string. 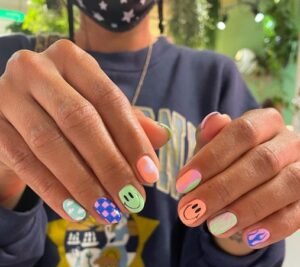