Lexi Thompson is an American professional golfer who has made up a very healthy net worth throughout her career. She has been a golfer since the tender age of 12. She was the youngest golfer ever to qualify to play in the U.S. Women’s Open when aged 12 in the year 2007. With a decorated amateur career Lexi Thompson has been a rising star in the LPGA since 2010. She has blossomed into an incredible player. In 2011, Thompson set a then-new record as the youngest-ever winner of an LPGA tournament, at age 16 years, seven months, and eight days, when she won the Navistar LPGA Classic. She is currently competing at the US Women’s Open Championship, where she is leading the leader board.

Lexi Thompson has an estimated net worth of around $3 million. She has earned total career earnings of $10,875,592. Lexi received a payout of $300,000 at the 2014 Kraft Nabisco Championship. Likewise, she earned a total of $1,763,904 in 2015, where she was at 5th on the money list. She has earned most of her net worth through her golf career. Lexi Thompson also rakes in a good amount of money from high profile endorsement deals with companies like Bridgestone. She has also been sponsored by the likes of Cobra and Puma golf.

Lexi Thompson’s golf career began at the very young age of 12. She turned professional in June 2010. She had to rely on sponsor’s exemptions to make an entry in the tournament as an LPGA Tour member. In September 2011, she registered her first LPGA Tournament victory at the Navistar LPGA Classic. She won the title over LPGA Tour rookie, Tiffany John by a 5 stroke margin.

She later competed at the Dubai Ladies Masters, where she won the title by 4 stroke margin. In 2014, she competed at the 2014 Kraft Nabisco Championship, which was her first major championship. She was able to win the tournament making it her first major win. Lexi won the 5th LPGA Tour win at the Meijer LPGA Classic and the 6th LPGA Tour victory at the LPGA KEB Hana Bank Championship in 2015 which was her best year. She has racked up a total of 11 wins on the LPGA Tour including one Major win. 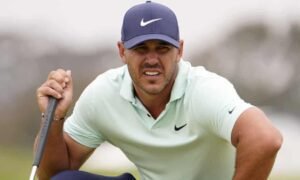 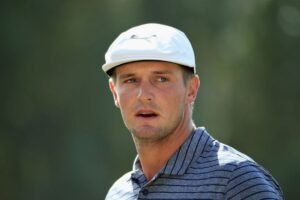