For the past few years, several prominent game developers have been steadily churning out remakes and remastered versions of their most popular franchises. Most of these IPs also lean towards providing an immersive gaming experience through direct Virtual Reality (VR) ports.

Capcom’s iconic Resident Evil 4 (RE4) is an excellent example. The 2005 survival-horror shooter was developed as an Oculus Rift project and saw a subsequent re-release in 2021.

Interestingly, RE4’s release date came mere months before Capcom announced a remake of the same title. This begs the question: Are developers leveraging VR technology to increase player attention around their upcoming games?

The state of video game development has changed significantly over the years. Previously, most franchise entries were released in close proximity to one another. However, with technology evolving and players having greater expectations from their favorite titles, developers realized they needed more time to polish the final product, and they achieved this in two specific ways.

First, there were significant efforts to improve in-house gaming engines. The notion of relying on the same technology for multiple titles became outdated. And even if developers used the same engine, they made extensive enhancements to ensure that the game would be consistent with current industry expectations.

Second, most titles began to be spaced out in terms of release dates to give internal teams more time for bug fixes and quality control assessments.

Both of those factors led to a prolonged development lifecycle. And while this was beneficial for the final product, it also meant that player interest waned over time following the initial announcements.

That last bit is especially relevant to game publishers as it increases the chances of their greatest fear coming true: low sales.

Enter—VR ports. These were perfect for retaining audience attention while marketing an old title as a new, revamped immersive gaming experience. The best bit? Most players tend to forgive VR games for their lack of graphical integrity. After all, the technology is still in its nascent stage. Additionally, since critical elements such as game narratives and assets already exist, developers rarely have to spend more than a few months making these entries.

Subsequently, publishers release the product close to an upcoming announcement to bring back market attention to their existing IPs. So, once they reveal a new game, they already have solid player interest to work with.

Will VR Games Ever Be Released as Standalone Titles?

Currently, VR entertainment is seen as a novelty, and this is especially true for the video game industry. And considering the vast scope of traditional games, it’s understandable why developers primarily use VR ports to promote more prominent titles. This perspective will change as technology evolves even further. So, the idea of truly immersive gaming could soon be a reality. Regardless, such entries still have a long way to go before they become popular with the mainstream gaming audience.

More importantly, the industry will need some serious investment from prominent figures in video game development before VR games are seen as standalone titles. So, the potential is definitely there, and the only issue is that there are better things for most gamers to play right now.

The information presented in this article isn’t meant to downplay the impact of VR titles on the gaming industry. The purpose was to highlight the work left for such ports to be seen as equals amongst grand RPGs and fast-paced competitive shooters. Still, everybody loves the first-hand experience. And if players remain invested in such games, a day will come when people roam through vast virtual worlds without having to press a single button. 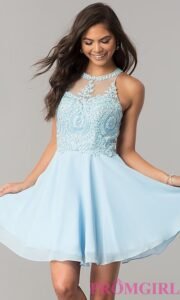